Bewildering lukewarm acceptance, Calls for Justice, Central Park Karen, Cry for justice, Dangerously structured dams that block the flow of social progress, George Floyd, How am I complicit?, Letter from a Birmingham Jail, Look in your own life, Martin Luther King Jr., Our complicity by inaction or indifference, Van Jones, Weaponized race

Addressed to his fellow clergy, Martin Luther King Jr. felt compelled to respond to a statement made by some clergy that called his nonviolent, direct actions as “unwise and untimely.” His “Letter from a Birmingham Jail” includes this confession:

“… I must confess that over the past few years I have been gravely disappointed with the white moderate. I have almost reached the regrettable conclusion that the Negro’s great stumbling block in his stride toward freedom is not the White Citizen’s Counciler or the Ku Klux Klanner, but the white moderate, who is more devoted to “order” than to justice; who prefers a negative peace which is the absence of tension to a positive peace which is the presence of justice; who constantly says: “I agree with you in the goal you seek, but I cannot agree with your methods of direct action”; who paternalistically believes he can set the timetable for another man’s freedom; who lives by a mythical concept of time and who constantly advises the Negro to wait for a “more convenient season.” Shallow understanding from people of good will is more frustrating than absolute misunderstanding from people of ill will. Lukewarm acceptance is much more bewildering than outright rejection.

A Message for Today’s White Moderate: 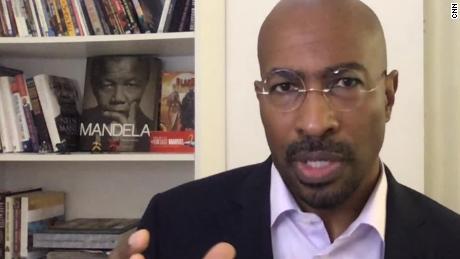 During a recent segment on CNN, Van Jones responds to the George Floyd murder and African American reaction to it. He echoes what MLK Jr. said over 50 years ago to the white moderate who fail to see our complicity by inaction or indifference:

“It’s not the racist white person who is in the Ku Klux Klan that we have to worry about. It’s the white liberal Hillary Clinton supporter walking her dog in Central Park who would tell you right now, you know, people like that – ‘oh, I don’t see race, race is no big deal to me, I see us all as the same, I give to charities.'”

Valerie Edwards notes that “Jones was referring to Cooper, a white woman dubbed ‘Central Park Karen‘, after she made a false call to New York City police, claiming that an African American, who asked her to leash her dog while he was bird watching, threatened her life.”

“But the minute she sees a black man who she does not respect or who she has a slight thought against, she weaponized race like she had been trained by the Aryan Nation.

A Klan member could not have been better trained to pick up the phone and tell the police, ‘It’s a black man, African-American man, come get him.’

So even the most liberal, well-intentioned white person has a virus in his or her brain that can be activated at an instant.”

Look in Your Own Life:

If you’re white and you feel your blood pressure rise – if you feel defensive – please explore that; let yourself feel what you have to; raise your fist to me or to this post… and after you calm down, take that look in your own life.

To read the full letter from Martin Luther King Jr., see “Letter from a Birmingham Jail.”

5 thoughts on “Echoes from a Birmingham Jail”