Complicated dread-knot of problems, Crime Guns, Domestic Violence, International day for the elimination of violence against women, Largest mass killing in Canadian history, Many threads that make up the noose that is domestic violence, Most pernicious side-effect of the Pandemic, Nova Scotia Killings, Preventing Domestic murder by guns, Preventing Domestic Violence, Re-stitch the Fabric of Community, Sherwood Park Domestic Murder, The place of violence in our times

In this month to consider the place of violence in our times, I want to address the most pernicious side-effect of the pandemic. This has been the perfect storm of conditions for increased domestic violence: social distancing, social isolation, inability to get private space or a safe time to make a phone call, under-employment, unresolved conflicts, unchecked frustration, and access to numerous guns including automatic weapons.

The largest mass killing in Canadian history started off as an act of domestic violence: it was well planned; it involved numerous illegal automatic guns; it resulted in numerous deaths. CTV News reported:

After what RCMP call “a significant assault” on his girlfriend, a Nova Scotia man went on a killing rampage, taking the lives of 22 people on April 18 and 19. Nine of his victims were male; the other 13 were female.

RCMP say the terrifying events of that weekend began when the shooter assaulted his girlfriend in Portapique, N.S. It was she who escaped and hid in the woods for hours, emerging the next morning with key information – that the killer was in a mock police car, wearing an RCMP uniform.

Later it would be revealed that all the guns were illegal, and three of the four guns – one handgun and two semi-automatic rifles – were smuggled into Canada from the United States. As one commentator said, “That’s hardly a surprise. The vast majority of crime guns used in Canada come here illegally from the U.S. According to most studies, anywhere from 75-90% of guns used in Canadian crimes do not originate in [the U.S.].”

But to be fair, as Chris Shelly reported, “even if you just focused on spousal homicide… guns simply aren’t very commonly used in those crimes. Between 1995 and 2009, according to Statistics Canada… 28 per cent of spousal homicides with female victims were committed using firearms. The majority of those were with long guns, but we have no idea how many of those were “military style”… Meanwhile, eight per cent of those homicides were committed with handguns.”

Following Australia’s actions after the Port Arthur Massacre of 1996, and New Zealand’s actions after the Christchurch mosque murders of 2019, the Nova Scotia killings prompted the Canadian government to introduce timely though clumsy legislation to restrict some 1500 “assault style” fire arms.

Though there may be problems with the legislation, generally Canadian public opinion is shaded by the fear of approaching anything that looks like the American free-for-all – the nation with the highest per capita gun deaths in the world – the nation that is the primary supplier of illegal weapons in Canada – and the nation that is still puzzled by how deaths by guns can be reduced (see “The only way to stop a bad man with gun…“).

Nevertheless, as usual, whenever government (especially this one) offers legislation as public relations, it invariable misses the point. The restriction on “assault style” fire arms has emboldened Canada’s own “pro-gun” group(s) to push back on what they see is an “attack” on hunters, farmers, and legal gun owners (though I have yet to see hunters and farmers use assault rifles to hunt or deal with predators), while doing nothing substantially to prevent gun crime. The Nova Scotia mass murder would not have been prevented by the legislation had it been in place and everyone knows this.

Of greater concern is preventing domestic violence in general, and domestic murders by fire arms in particular. For more read BBC reporter Robin Levinson-King’s article: Could Canada’s worst mass shooting have been avoided?

International Day for the Elimination of Violence against Women

Today is the “International Day for the Elimination of Violence against Women.” The United Nations reports:

Violence against women and girls (VAWG) is one of the most widespread, persistent and devastating human rights violations in our world today remains largely unreported due to the impunity, silence, stigma and shame surrounding it.

In general terms, it manifests itself in physical, sexual and psychological forms, encompassing:

To further clarify, the Declaration on the Elimination of Violence Against Women issued by the UN General Assembly in 1993, defines violence against women as:

any act of gender-based violence that results in, or is likely to result in, physical, sexual or psychological harm or suffering to women, including threats of such acts, coercion or arbitrary deprivation of liberty, whether occurring in public or in private life.

Re-Stitch the Fabric of Community 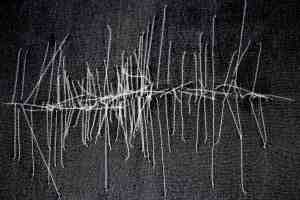 According to an Ending Violence Canada 2013 report, there are many commonalities amongst the strategies identified in a review of sexual violence plans. Common among them is the need among other factors, to restitch a sense of community that sociologists have noticed disintegrating with the decline of Church life in Canada.

What was once the natural activities of the local church and the fabric of the culture has been supplanted by many agencies needed to address what appears to be a growing problem – if not a growing awareness of a problem that has always existed.

For more on the place faith in the public square see “Religion and its services contribute $67.5 Billion to the Canadian Economy“.

To inform yourself on this topic, to to the CBC Series on “Stopping Domestic Violence.” Or go to your local agency, like “Community Initiatives Against Family Violence” to find out more.

It starts with you and me to do our part re-stitching the fabric of community, to find the courage to protect and advocate, and to find our source of peace in the One who made us for Himself.

In this month to consider the place of violence in our times, I want to draw our attention to this …

Have you ever walked along a path and come upon a herd of deer? There’s that first stillness when you …

In this month to reflect on the place of violence in our times, I offer this article written by a …

In the category of asking the wrong question, a legal expert was in conversation with Jesus to check out his …

This summer the very decorated former astronaut and current Governor General of Canada, Julie Payette was the focus of investigation …