Christmas cards, like social media, have become all about us.

This was the title and byline of Giles Fraser’s recent article in The Guardian (not a regular source for spiritual insights). 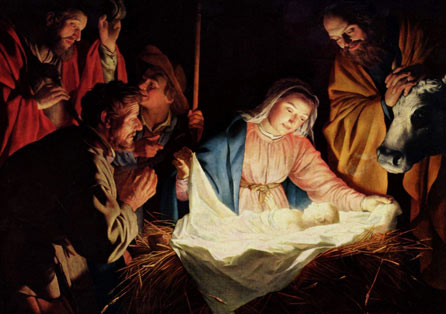 There is something almost mournful in Ms. Byatt’s analysis. “Religion has gone away and all we are left with is ourselves,” is the doleful echo of cosmic orphans in an ever-expanding universe.  She gives the impression there is no other alternative but to “have to be interested in ourselves.”  The fact is, we’ve been interested in ourselves for a very long time, and the diminishing status of religion has actually nothing to do with this.  I might put it to the other extreme – that religion, as we’ve created it, has been our own manufactured way of expressing “interest in ourselves” disguised as interest in God. Of course, I am using “religion” in a different way than Fraser imagined.

Consider how Karl Barth put it:

The revelation of God is the abolition of religion.

When confronted with the epiphany of God’s glorious presence, there is no need for sign posts (religion).  “When the Sun rises,” he wrote, “all lights go out.” (For a more thorough discussion, check out Derek Wilder’s excellent article on Karl Barth and Revelation). As the diminishing awareness of the eternal goes, so goes the humble Christmas Card.

It is what Giles Fraser has to say about the Christmas Card’s relationship to reality that is perceptive:

On one reading of this phenomenon – call it the secularisation thesis – the change of the look of our Christmas cards reflects a transference of interest from fantasy to reality. But reality, of course, is always a slippery idea. Take an extreme example: the celebrity family, the Kardashians’ 2013 Christmas card. Costing a quarter of a million dollars to produce, this ghastly orgy of celebrity self-indulgence required an extensive stage set and the services of elite fashion photographer David Lachapelle. It features glorified images of curvy bodies posing next to huge gold dollar signs, set in some hideous pink and neon dystopia. Is this reality?

Fraser asks the right question: “is this reality?  The question betrays the answer.  He is already suspicious of “reality being a slippery idea.” How can he (we) tell the difference between fantasy and reality, especially as he frames up the transference of interest from “fantasy” (the Christmas Story?) – to the bizarre reality of self-indulgence and dystopia.

We have our fantasy and our reality backwards, as so many do who suffer from spiritual dyslexia.

With this kind of dyslexia, what’s the point of a Christmas Card if you can’t read it anyways?  It is more to be pitied than scorned. As Fraser started: