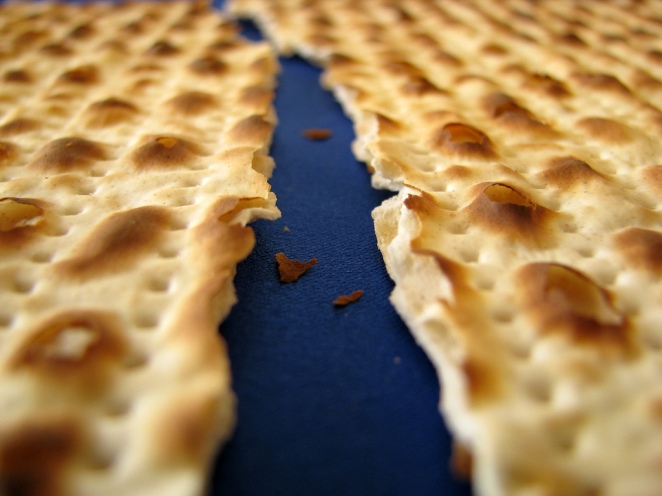 In the looming shadow of Good Friday, there is a western silence to the extermination of Christians from Arabia to Yemen. It is helpful therefore to remember that this is part of the heritage of the early Church who also experienced enormous upheaval; they were persecuted, scattered as refugees to the farthest parts of the known world.

Not only was the world of early Christians’ in upheaval – but in Acts 17 we find the early church was accused of “turning the world upside down.”  And everywhere they went — everywhere we go – we bring with us this little rebellious act of worship that goes by names like Communion, Eucharist, or the Lord’s Supper.

Lying at the heart of life in the New Testament Churches is a celebration which is remarkable for its very simplicity. There was nothing spectacular or ornate about the Lord’s Supper, and yet…it was the focal point of every assembly meeting. Like a magnet, the symbolic partaking in the Lord’s body and blood drew believers together, and caused them to sense constantly the living centre of all life in His Body.” (Gary Inrig, Life in His Body, p. 79)

Communion is also an act of proclamation – it proclaims Jesus’ death. What an odd thing to say. I confess that I have been more happy to “proclaim His Resurrection.” But it is a curious thing that the Apostle Paul says in I Corinthians 11:26: “Whenever you eat this bread and drink this cup, you proclaim the Lord’s death until He comes.”

To the early church, this supper was an ‘acted proclamation’ of the essential truth of the gospel. It is a witness by people of the work of Christ and the result of that work in bringing sinners into living fellowship with the Triune God. It is, it will be noticed, supremely the Lord’s death that is proclaimed, not His risen life.” (Inrig, p. 87)

On that night when Jesus essentially transformed the Passover Celebration into what we now call the Lord’s Supper – He drew the attention of His first followers to a new understanding of what the bread and wine would mean. There is no getting around the fact that these elements have to do with death and sacrifice.

There is a silencing finality to any death, and for the first followers of Our Lord Jesus, it would have been even more profound during that Passover weekend.

As the events of that climactic weekend occurred, and as the gospel recounts them, this did not begin as a three day happening… in the logic of the narrative itself, [Friday was] actually the last day, the end of the story of Jesus. And the day that follows is not an in-between day which simply waits for the morrow, but it is an empty void, a nothing, shapeless, meaningless, and anticlimactic: simply the day after the end.

There is no remarkable tomorrow on the horizon to give that Sabbath special identity and form as the day before the Day of Resurrection. These were anonymous, indefinite hours, filled with memories and assessments of what was finished and past; and there was no reason to imagine that an imminent triumph might render those judgments premature and incomplete” (Alan E. Lewis, Between Cross & Resurrection, p. 31).

I confess I have not considered the bottomless loss Jesus’ closest friends and followers would have experienced – for they did not have the advantage of our knowing how the story would unfold. Jesus’ first followers were either confused, or so mesmerized by the anticipation of Triumphal leadership, that they could not conceive of Christ’s death.

But Christ’s death from the vantage point of Friday gives a new perspective to Paul’s “I want to know Christ…and share the fellowship of His suffering…” including the suffering of pure loss before the knowledge of the unspeakable hope of His resurrection. In this season of Lent I am being re-acquainted with “the palpable incomprehensibility” of the Lord of Life dying. Period.

No Premature skipping Good Friday on the way to Easter

Martin Luther came to the uncomfortable but absolutely essential insistence that Christ did not die as a pure, innocent person, but as peccator pessimus – the worst of sinners, cursed for our sins with which he becomes totally identified.” (Lewis, p. 45)

How can we understand this? In John 1:29, John the Baptist sees Jesus coming toward him — and here are the first words to escape his lips:

Behold – the Lamb of God, who takes away the sin of the world!

The Lamb sacrificed during the Passover was meant to be the disgusting reality for the cost of life that sin creates. How might our understanding of sacrifice affect the way we live? The wages of sin is death. Or to put it another way, sin is whatever separates us from the Life to be found in the One who made us for Himself. Separation from the Author of Life naturally means death.

Through the Eucharist (the Greek word meaning “to give thanks”), we proclaim: Jesus lived and died and rose again. At this moment of taking the body and blood of Jesus in Communion, we proclaim that He died a real death – a profound separation from the Author of Life in a way we cannot comprehend. And we recognize there is something profoundly redemptive for us in Christ.

Whereas each Passover – a Lamb was sacrificed for the sin of the family, Jesus now puts himself in the place of that Lamb that John the Baptist so prophetically proclaimed. The only purpose of the Passover Lamb was to be sacrificed. Relationship with the lamb, the killing, the bleeding out – well… it’s all too much for modern sensibilities. 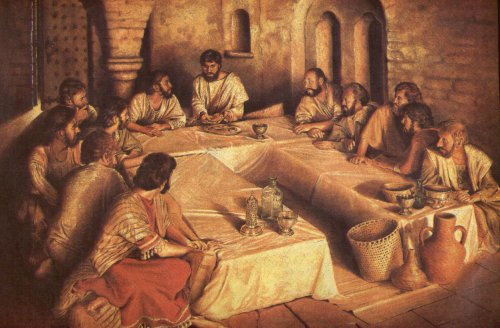 Despite the inevitability of the sacrifice, listen to what Jesus says before His Last Supper – our First Communion:

When the hour came, Jesus and his apostles reclined at the table. And He said to them, “I have eagerly desired to eat this Passover with you before I suffer.” Luke 22: 14, 15

Thus in this little act of worship, we will keep on proclaiming His death until He returns.

2 thoughts on “Break this Bread!”