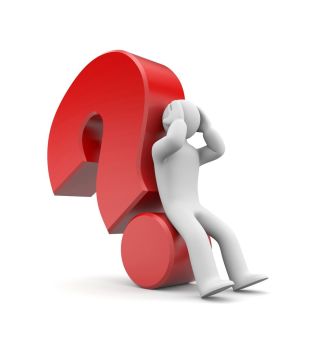 In his major work, “The Sickness unto Death: A Christian Psychological Exposition for Upbuilding and Awakening,” Soren Kierkegaard wrote about the ‘secular mentality’ as “attributing infinite worth to objects unworthy of it, and attributing finite worth to truly infinite objects” (Craig M. Gay, essay in Alive to God). Kierkegaard’s response to this condition was written over a century ago: “we need to take more responsibility for our selves.”

But what is the self? Kierkegaard suggests that a secular mentality suffers a curious identity amnesia:

… such a person forgets himself, forgets his name divinely understood, does not dare to believe in himself, finds it too hazardous to believe in himself and far easier and safer to be like the others, to be a copy, a number… in fact, what is called the secular mentality consists simply of such [persons] who, so to speak, mortgage themselves to the world. They use their capacities, amass money, carry on secular enterprises, calculate shrewdly, etc, perhaps make a name in history, but themselves they are not; spiritually speaking, they have no self, no self for whose sake they could venture everything, no self before God – however self-seeking they are otherwise.

What is a “True Self,” Anyways?

That’s an interesting phrase: “True self.” And I have a few questions about it.

Question 1: If your self-proclaimed “true self” can only be embraced through extensive plastic surgery, the adding on (or, potentially, the taking off) of body parts and the casting aside of your very outward being since the moment you were born, in what sense is your self “true” anymore? It’s as if the only biological reality in this scenario is the brain’s impressions, but the biological reality of the rest of the body must be wholly discarded.

Question 2: If there is such a thing as a “true self,” then what exactly is a “false self?” And how can the perceived “false self” actually be false if it is underscored by an objective, biological reality, observable to anybody and everybody outside that self?

Question 3: How can there be such a thing a “true self” anymore, or a “true” anything anymore, if objective truth isn’t the standard?

Good questions. Can you answer them? I contend we answer the question of who we are in the context of being “persons-in-relation-with-God” (as James Houston puts it in The Mentored Life: From Individualism to Personhood). Houston repeatedly explores this idea in his writing including Joyful Exiles. In his chapter, The Journey Toward Becoming a Person, he writes:

As a culture we tend more than ever to hold our identity in our own hands, and because of this we also sense more acutely the fragility of such a precarious identity. Perhaps this is why we have become so narcissistic and driven to self-serving professional accomplishment.

I think we can all identify with Jenner’s long struggle to live his true self, I just think he may find, as Walter Heyer did, that his coming out will “only mask and exacerbate deeper psychological problems.” As Alastair Roberts writes, “however we may feel about the transition to Caitlyn, Jenner’s story of lonely suffering and self-alienation should excite our compassion.”

How will you excite Compassion?

To read more on the topic, see Understanding The Transgender Phenomenon by Mark Yarhouse, leading scholar on gender dysphoria.

1 thought on “Trans-Identity (Part IV): What is a True Self?”