Though the Canadian Federal election isn’t till October, the current government is poised to call the election soon!  But let’s be honest: all the political parties have been partying for months, posturing for our votes to come. It’s a bit like grade nine cliques wanting to woo the cool kids to their soiree by offering better party favours.

One of the new favours is to be found in the debate between FPP (First Past the Post) and PR (Proportional Representation). This was sparked by Prime Ministerial hopeful, Justin Trudeau’s announcement in mid June: “We are committed to ensuring that 2015 will be the last federal election conducted under the first-past-the-post voting system.”

FPP: first-past-the-post means the MP who is elected is the one who has the most votes in their riding; this person was “first-past-the-post” so to speak; he/she won the race, but may not represent the majority of voters from the riding.  Politicians have often lamented that an MP might receive the most votes, but have only a fraction of the popular vote.

PR: proportional representation means that there would be some “percentage correction” based on popular vote; in this way, there could be more MP’s for a certain party so that they would allegedly represent a percentage of the population that were not able to see their votes count toward an MP.

PR is especially interesting to the party that does not form the government if they notice that they might have had more popular support nationally, despite not winning more of the head to head elections for ridings. This is the problem when we treat politics like sport – where the winner takes all. In this case, politicians from whatever team – takes all. They are all in on it – and happily spend our money on the thin authority that we apparently voted for them (ugh).

A Peculiar move at this wretched point in Canada’s Parliament

I’m not the first to observe that there’s friction with the [PR] plan: it intends to empower MPs, even as it flirts indirectly with election models that can do the opposite. There’s nothing inherently harmful about PR systems that complicate the channels of power and accountability between citizens and MP’s – mixed member proportional representation (MMP), for example, which populates chambers with “list” members who aren’t beholden to any constituency. But it would be a peculiar move at this wretched point in the history of Canada’s Parliament, where most everyone seems to agree that parties and their leaders hold far too much sway.

PR fans suggest some magical inducement to “represent the populace” they allegedly serve. How could this wonderful thing emerge when it is clear that in the current system, the MPs do not appear to represent their constituency in Parliament so much as represent their partisan party to their constituency! At least under the FPP system, we can vote the MP out of office at the next election. What do you do with a vague MMP who is on some list created by a party leader, and who is not accountable to an actual electorate?

But all this talk about PR is just a bunch of P.R.. Trudeau also wants 50% of the MPs to be women, as if gender percentage would somehow improve gender representation. More women in a future parliament would no more represent women then, than more men in parliament represent men now. Surely having more lawyers and family-less women in parliament will not represent women who have to work at real jobs and raise real families. The current batch of lawyers and wealthy business types of whatever gender either do not seem capable, or have forgotten how to identify with a real work-a-day life.

Please do not miss the point:

Politicians of whatever gender are failing to represent their constituency; the gender “thing” is merely a politically-correct distraction from this fact. Of course we want more “representation” of the population in Parliament, but artificially stacking the deck so that there is “equal” gender representation doesn’t actually improve democracy – because – as I’ve strongly suggested, politicians are more interested in spouting (spewing) their party line to the electorate than taking their constituency’s perspective to Parliament. 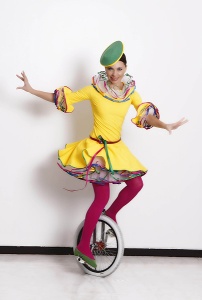 While we’re at it, should we insist on equal representation by race, gender identity, sexual orientation, and fashion I.Q.?  It just gets dimmer as politicians continually miss the point: Politicians – represent your constituency on policies irrespective of your partisan opinion, or your party leader’s partisan opinion on a policy! You can be a uni-cycle riding, left-handed, one-eyed Sunni eunuch immigrant from Albania for all I care. Do your job please!

[For the record, I have nothing personal against lawyers (though I like the jokes at their expense).  My statements could apply if politicians were predominantly doctors, teachers, or acrobats; but I have to trust you get the point.]

Let me ask you?

What MP, male or female, represent your perspectives now?

I didn’t think so.

Since my current MP is a female NDP candidate, should I assume not to be represented merely on gender? Of course not!

I am not represented by her being an old white female lawyer any more than when that seat was held by an old white male lawyer. If representation is what we’re after – then democratic reform needs to increase populace input – that is – put issues to the voters (referendums). This takes the partisan power right out of the Politicians hands – and back in the hands of democracy.

I would predict: watch voter participation increase.  Because – what is the point now? – when one knows they are not being represented anyways?!  Politicians think that increasing voter turnout is a function of catering to gender, or youth, or through the use of social media. Despite small blips in different demographics, even people from the targeted demographics will soon get it: politicians are not there for you.

If you are nonpartisan like me, then you probably look at all the political offerings, picking and choosing the issues & options with which you most agree. You might agree with one party’s take on child care, and with another party’s take on education, etc. Under the current system, we must hold our noses when we select an MP, hoping that, on average, the party represents our opinion on most issues – but knowing in the end – that MP will continue to represent their partisan perspective on every issue to the constituency. This is backward – and points to what Simone Weil calls “the perils of political conformity”! (On the Abolition of All Political Parties).

Disappointed but not Irresponsible

For the record, I am very disappointed in Prime Minister Harper on a host of issues ranging from ecology to economy to foreign policy, etc…. just like I was very disappointed with Jean Chretien when he was Prime Minister. Some would have us believe that Harper invented partisan politics; they either have short memories, or are blinded by their own partisanship, or do not give enough credit that he has merely improved (sic) on the practice since the time of the partisan Liberals from which he took power over a decade ago.

Do political pundits complain that Harper is so bad because he has become hyper-partisan, or do they complain because he is so “good” at it? Have they really forgotten about the ever-lovable “little guy from Shawinigan“?

My disappointment does not let me off the hook from political engagement or my responsibility to pray for the government… and neither does it let you off.

For more, visit my previous series “Political but not Partisan.”

For a very interesting read in this theme, see Simone Weil’s, On the Abolition of All Political Parties:

“Political parties are a marvellous mechanism … If one were to entrust the organization of public life to the devil, he could not invent a more clever device.”

In 2014 Simon Leys translates for the first time into English an essay by the remarkable Simone Weil – philosopher, activist, mystic – which makes a case for the corrupting effect of political parties on political life, and calls for their abolition. This is a dazzling account of the perils of political conformity, written with brilliant clarity and wit.

For information on the Federal election, go to Elections.