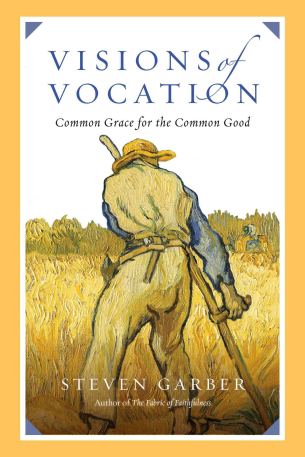 Vaclav Havel, the former Czechoslovakian playwright and president found himself ripped out of prison and thrust into leadership after the fall of the Berlin Wall.

On January 1, 1990, when the annual speech was to be made by the Czech leader, it was Havel who gave an unflinchingly honest and direct message:

Our main enemy today is our own worst nature: our indifference to the common good…

Here was a leader who had a sense of Czech history: a nation once ruled under the Austro-Hungarian empire, over-run by Germany before the second World War began, and then a nation run-over by the Soviet Union after it had ended. Rather than merely blame history or circumstance or bad government or bad men, he chose to turn his lens on himself and his own people as a spur for his nation to [finally] take responsibility for itself. This is a big idea; it’s grown up and mature; and it’s not easy for a nation to accept that it is [we are] responsible for our actions and reactions to difficult circumstances.

Common Grace for the Common Good

This summer I took a course from Regent College – a seminary on the edge of UBC Campus. Titled “Vocation: Common Grace for the Common Good” – Steven Garber (principal of the Washington Institute for Faith, Vocation & Culture) – twined in lecture, experience, history, scripture along with skyped-in contributions from afar; it was a sumptuous feast in order to think of vocation differently than occupation. Garber encourages us to gain a deeper understanding of what it means to be made in the image of God in order “to uncover a vocation that encompasses your whole being: one that animates your occupation, guides your management of relationships and responsibilities, and shapes your engagement with a desperate world.”

The word vocation is a rich one, having to address the wholeness of life, the range of relationships and responsibilities. Work, yes, but also families, and neighbours, and citizenship, locally and globally – all of this and more is seen as vocation, that to which I am called as a human being, living my life before the face of God. It is never the same word as occupation, just as calling is never the same word as career. Sometimes, by grace, the words and the realities they represent do overlap, even significantly; sometimes, in the incompleteness of life in a fallen world, there is not much overlap at all.

I confess my career and my calling did not appear to overlap much. At first this dissonance bothered me; I continually looked for other “jobs”, especially in the dark years of having a mean-spirited and unskilled manager. But as I grew through that, and as I grew as a person, I realized that my vocation was to be the me that God wanted in the occupation where I was working.  In other words, it really didn’t matter what job I was doing; it mattered very much that I understood who I was, and who I belonged to.

In the last third of my career I realized that I was at the point of maximum positive influence in the lives of the staff and community I served. I realized I could channel my best for their best (common grace for common good).  Nothing more or less was required of me; if my best wasn’t very good, well, that would have to do. The reality is, our best is very good when it is given with a sense of excellence and pure motive.

Since I’ve retired from the fire service, I believe my vocation has been the mere continuation of the curriculum of the spiritual life in which I have been learning to:

* Decipher the mystery of our worth

* Rescue from the agony of prayerlessness

What do you hear God calling you to – as you gather your daily bread?

7 thoughts on “Common Grace for the Common Good”