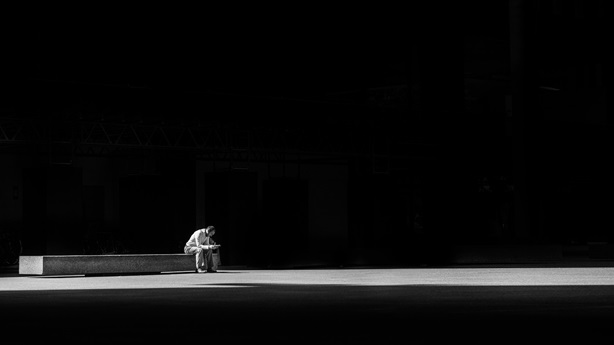 Loneliness is not a shallow feature of our social experience, rather it is constitutional to being human… [but] some forms of loneliness have been intensified by modernity as we find ourselves lonely in a crowd… as we have refined the individualistic techniques of isolating ourselves.

From James Houston lecture: “Exploring the Continent of Loneliness.”

It comes as no surprise that loneliness is getting some well needed attention. The Harvard Business Review published an article titled, “Work and the Loneliness Epidemic” by Dr. Vivek Murthy (he served as the 19th Surgeon General of the United States, from 2014 to 2017):

“This may not surprise you. Chances are, you or someone you know has been struggling with loneliness. And that can be a serious problem. Loneliness and weak social connections are associated with a reduction in lifespan similar to that caused by smoking 15 cigarettes a day and even greater than that associated with obesity. But we haven’t focused nearly as much effort on strengthening connections between people as we have on curbing tobacco use or obesity. Loneliness is also associated with a greater risk of cardiovascular disease, dementia, depression, and anxiety. At work, loneliness reduces task performance, limits creativity, and impairs other aspects of executive function such as reasoning and decision making. For our health and our work, it is imperative that we address the loneliness epidemic quickly.

Once we understand the profound human and economic costs of loneliness, we must determine whose responsibility it is to address the problem. The government and health care system have important roles to play in helping us understand the impact of loneliness, identifying who is affected, and determining which interventions work. But to truly solve loneliness requires the engagement of institutions where people spend the bulk of their time: families, schools, social organizations, and the workplace. Companies in particular have the power to drive change at a societal level not only by strengthening connections among employees, partners, and clients but also by serving as an innovation hub that can inspire other organizations to address loneliness.”

The Telegraph published an article titled, “Loneliness is deadlier than obesity“, citing the largest review of studies that indicated loneliness as “a major public health hazard”:

“Researchers in the US looked at 218 studies into the health effects of social isolation and loneliness involving nearly four million people.

They discovered that lonely people had a 50 per cent increased risk of early death, compared to those with good social connections. In contrast, obesity raises the chance of dying before the age of 70 by around 30 per cent.

“Being connected to others socially is widely considered a fundamental human need—crucial to both well-being and survival,” said lead author Dr Julianne Holt-Lunstad.

According to the Campaign To End Loneliness, around 17 per cent of older people see friends, family and neighbours less than once a week, while one in 10 go for a month at a time without seeing any loved ones.”

Loneliness and the Soul

I am not sure we need any studies to uncover the soul crushing effects of loneliness on our soul. We have known it, or we have run from it – not wanting to feel it. Some numb the awareness with drugs and alcohol, while others fill in the gaps with activity. What ever we do, we do not do loneliness well.

It is no wonder then that an ancient text reads:

God sets the lonely in families,
he leads out the prisoners with singing

This notion of belonging, and being led out of loneliness is found in several early church letters written by the Apostle Paul:

Just as each of us has one body with many members, and these members do not all have the same function, so in Christ we, though many, form one body, and each member belongs to all the others

After all, this belonging comes at the invitation of Jesus Himself.  He searches and reaches us with a belonging that is restorative, for He reconciles our alienation from God, others, and ourselves:

Are you tired? Worn out? Burned out on religion? Come to me. Get away with me and you’ll recover your life. I’ll show you how to take a real rest.

Walk with me and work with me—watch how I do it. Learn the unforced rhythms of grace. I won’t lay anything heavy or ill-fitting on you. Keep company with me and you’ll learn to live freely and lightly.

4 thoughts on “The Loneliness Epidemic”