And they call it Democracy, Canadian Election, Deep Distrust in the Party System, Distrust of Politicians, Draining the toxin from partisan politics, Increasing disregard for the truth, Jane Philpott, On the Abolition of All Political Parties, Perpetual Infuriation with Politicians, Political but not partisan, Politicians as the least trusted profession, Power and Propaganda, Racial minorities, Religious minorities, Selling out a persecuted minority, Simone Weil, Simple rule for draining the toxin from partisan politics, Soft Fascism, The curious formation of a soft fascism 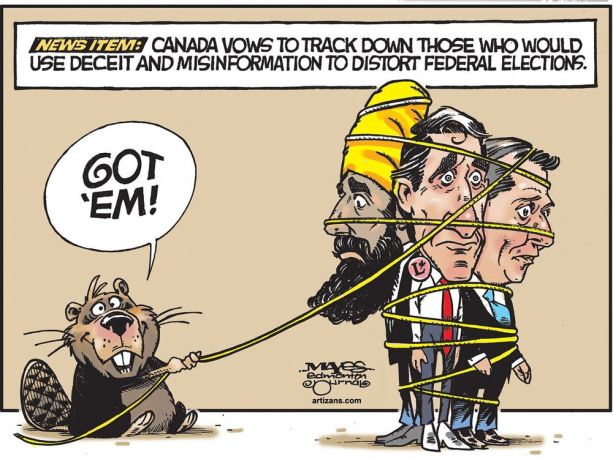 At the beginning of this year’s Canadian election campaign, former Liberal President of the Treasury Board, Jane Philpott said she sensed “a deep distrust in the party system that’s become the bedrock of Canadian democracy.” Duncan McCue reported:

“What I hear from people in Markham-Stouffville is they don’t necessarily want a member of Parliament who’s just going to say and do and vote the way the party tells them to,” Philpott told CBC Radio’s Cross Country Checkup.

“They want a member of Parliament who … speaks what they believe to be true.”

Surely Ms. Philpott knew this to be true before resigning her very prestigious post in light of the SNC Lavalin scandal, and before she decided to run as an independent in this year’s election… but better late than never, eh?

It is cliche to say Politicians are the most distrusted profession (sic) in Canada. Did we actually need a recent Abacus Data poll to tell us that all the party leaders are less popular than when the election began? Try to imagine another “profession” where this would be acceptable? Not your doctor, your children’s teacher, your mechanic! How is it we must endure this with our politicians?!

John Robson suggests that, “things might improve if [politicians] could adopt my simple rule for draining the toxin from partisan politics:

Don’t excuse conduct on your side that you would deplore in others.

“One of the contributing factors to Canadian voters’ distrust of MPs is how they’re controlled by party whips,” says Michael Morden (Research Director with the Samara Centre for Democracy, a non-partisan advocacy group that champions citizen engagement).

“Our elected representatives actually aren’t empowered to really represent us in Ottawa. They typically have to tow the party line and that interferes with their ability to be independent and responsive to their constituents.”

“That can be a real driver of distrust.”

Despite our perpetual infuriation with OUR members of parliament preaching their Party line instead of listening to their constituents, we pretty well get in line like cattle to the slaughter, mooing all the way. I would prefer that all MPs were independent so that they would actually represent the constituency they purport to represent!

On the Abolition of All Political Parties

Former Solicitor General and Minister of Justice, Jody Wilson-Raybould has come around to saying the same thing. In Sarah Boesveld’s article, “I Wish We Never Had Political Parties“, Wilson-Raybould answers the question:

“If you could change one thing about how politics is done here, what would you change?”

Now that she’s no longer part of the ruling party and running as an independent, she says:

“I would change the hyperpartisan nature of the environment we live in. We have 338 members of Parliament, all of whom have ran for a particular reason—maybe they wanted to change something, some people ran to get a job I suspect or to get power. But, 338 people offering the best ideas and solutions to a particular issue that is everybody’s problem, like climate change or Indigenous issues—that doesn’t happen because we’re compartmentalized for the most part into party or partisan lines.

If we could break down partisanship and remove the adversarial nature of discussions, we could solve a lot more issues in a way that stands the test of time by moving toward consensus decision-making. Some people say it sounds naïve, but just because the way things are done right now doesn’t mean that that’s the way they should be done and they can’t be improved.”

Political but Not Partisan

This resonates with what French philosopher and social activist Simone Weil wrote in an essay in 1943.  In “On the Abolition of All Political Parties“, “she challenges the foundation of the modern liberal political order, making an argument that has particular resonance today, when the apathy and anger of the people and the self-serving partisanship of the political class present a threat to democracies all over the world. Dissecting the dynamic of power and propaganda caused by party spirit, the increasing disregard for truth in favour of opinion, and the consequent corruption of education, journalism, and art, Weil forcefully makes the case that a true politics can only begin where party spirit ends.”

Political parties are a marvellous mechanism … If one were to entrust the organization of public life to the devil, he could not invent a more clever device.

For a more thorough review of her argument, go to “Reading Simone Weil ‘On the Abolition of Political Parties‘” by Mark Devenney.

We have a duty to vote, even if we have to hold our noses (again). But more, we have a duty to pray for and be engaged in advocating for justice with our elected officials irrespective of the party to which they belong.

If you don’t vote, at least beg for mercy on Canada.

To see more on nonpartisan politics, see “Political but not Partisan.”

2 thoughts on “In time for the Canadian Federal Election”