Alcohol and gun sales surge, Budget is a moral document, Darker side to the Indian economy, Essentials around the world, Jim Wallis, Pandemic Shopping, What we deem essential, What will your purchases buy you? 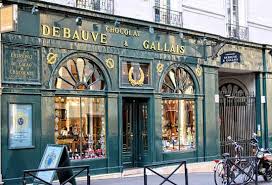 Chocolate shops in Paris remain open during the pandemic

What a country considers essential tells us a lot about its culture.

“With going out to a restaurant or bar no longer an option, grocery store sales of alcohol were up 76 per cent in the third week of March, suggesting Canadians were buying more products than usual “for diversion and comfort” inside their home [Stats Canada]…

Another product category that saw a surge was family planning products. Pregnancy tests and condoms were flying off the shelves for the first few weeks of March, but by April sales had gone back to more normal levels.”

Meanwhile Around the world

Take France for example: “Day one of the lock down and one could not help but notice that the only shop that was open on the entire length of the Champs-Elyees in Paris was… a chocolate shop!”

Cheese is still a big item in Holland.

Interestingly enough in India, “the information technology sector has been exempted from what is otherwise a stringent shutdown with a view to keep running those networks that are crucial to communication, banking, and governance.”

But there is a darker side of the Indian economy. BBC correspondent Soutik Biswas reported a manic rush on liquor sales. This is not unique to India of course, since there have been reports of a spike in alcohol sales around the world. But:

“India consumes more whiskey than any other country in the world – about three times more than the US, which is the next biggest consumer. Nearly one in every two bottles of whiskey brought around the world is now sold in India. When worldwide booze consumption dipped in 2018, India partly drove a 7% uptick in the global whiskey market.”

Not surprisingly in the U.S., beside many liquor stores, gun stores stayed open where sales surged to record levels.

How we use, invest, or otherwise spend money exposes what we value. An honest look at our household spending can tell us what we hope our purchases will buy us.

“A Budget is a Moral Document“

That was the opening statement Jim Wallis gave at a news conference and prayer vigil of church leaders across from the steps of the U.S. Capitol in March 2017. Wallis wrote:

We represented a wide spectrum of the Christian families of America — Protestant, Catholic, evangelical, African-American, Hispanic, Pentecostal, Orthodox. We were there to commit ourselves to form a “circle of protection” (also the name of our broad coalition) around the poor and vulnerable who are at great risk in President Donald Trump’s proposed budget. “Let me say it again: A budget is a moral document,” I repeated with energy and passion.

This was originally a statement of principle from the religious community — said to politicians a decade ago. Some politicians now quote it, and even some media pundits point to it; but it was a religious statement from the beginning.

Any budget is a moral statement of priorities, whether it’s a budget created by an individual, a family, a school, a city, or a nation. It tells us, mathematically, what areas, issues, things, or people are most important to the creators of that budget, and which are least important.”

What does your personal budget or spending plan reveal to you about your values? To paraphrase the opening statement:

What a person considers essential tells us a lot about the person.

4 thoughts on “What We Consider “Essential””