Curriculum of the Spiritual Life, DSM5, Gender Confusion, Gender Dysphoria, Identity, Knowing and being Known, Massive Identity Confusion, More Enigma than Dogma, Mystery of our worth, Phobias, Phobic Confusion, Remind me who I am, Sexualtiy, To Know and be Known, Who am I?, Who I am, Whose am I?, Whose I am, Worthy of respect and love 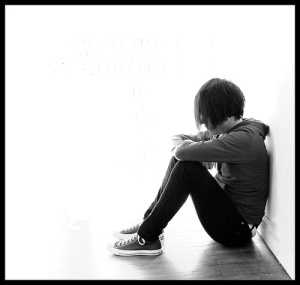 Who am I – at my worst or at my best? It should be no surprise that this fundamental question of identity was one that Dietrich Bonhoeffer struggled with while in prison right up to his execution. In his poem of the same name, he ends with:

Who am I? They mock me, these lonely questions of mine. Whoever I am, Thou knowest, O God, I am thine!

I have been writing regularly about identity as discovering our true selves by the One who made us for Himself, and in the One who made us for Himself (in Christ). Some who have engaged me in discussion have difficulties with this notion, most often citing the idea that we can claim for ourselves what we think is our essential nature, and we alone have the sole right to self proclaim our identity. I need not cover all that ground again, other than to say, this generation is woefully lost in space, untethered from its Creator.

Take the story of an Ottawa family whose 12 year old son has “come out” as a transgendered girl. Listening to the family being interviewed is a great account of familial love and acceptance; it is a story that takes courage and commitment to expound; and it is nonetheless a tragic picture of confusion. The parents even know there’s something confusing about this stage in their child’s life – by making allowances that could anticipate their son/daughter changing his/her mind (this child is 12 years old after all). The parents chose a course of action that would not be permanently genitally mutilating. These are clearly loving parents; I honour them as a family, and I cannot imagine what they have considered in their decision making. For a contrast relative to gender selection, see “The Boy who was turned into a Girl” (I am quite aware there are profound differences between these two stories, the main issue being “choice” – but then again, some have argued with me that they did not “chose their identity”).

“Coming out” is the expression de jour to reveal what a person thinks they are, how they want the world to recognize them, and by what identity they want to be known. It is troubling that if anyone disagrees with the narrative, a story angle like the one reported by the CBC is given: Transgendered rights bill gutted by “transphobic” senate amendment. Though the DSM5 does not list transphobia (or homophobia for that matter) as an actual diagnosis, it is a widely transmitted myth used to sling a label against anyone who challenges the current dogma of all things sexually/gender inclusive (by contrast DSM5 does list gender dysphoria as a diagnosis).

The point is: surely there are better reasons to dismiss a different point of view than to conclude, “one must be phobic to contradict reductionistic identities based on gender confusion.” Mere name-calling is an effective strategy to stop a conversation. Nevertheless, since the fall, human-kind lives with massive identity confusion. We live in profound falseness; we are condemned to our self-imposed identities without being restored to who we are in the One who made us for Himself.

When Jesus says, “I am the way, the truth and the life…” He is pointing – not to a dogma – but to this enigma: truth is personal – and more – truth is the person of Jesus Christ. Therefore when He invites and welcomes us into the eternal friendship of the Trinity, He invites us to know ourselves by coming to know Him. In coming to know Him, we find who we are. Our physical attractions and impulses are not a good clue to totally or even marginally defining ourselves – for we come to know ourselves most profoundly in the mystery of finding whose we are: we belong to the One who made us for Himself. 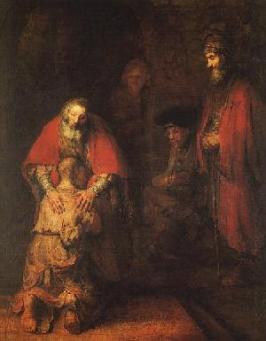 Return of the Prodigal Son, by Rembrandt. When the son “comes to his senses” he returns to his Father, whom he finds waiting to receive him with joy!

When we forget who we are, we need to be reminded. Jason Gray sings to this in his beautiful song, “Remind Me Who I Am.” The lyrics of this song are the substance of the prayer I curate in Curriculum of the Spiritual Life. It speaks to the beautiful Christian idea that our identity is found in the One to whom we belong. That is: “whose we are is a clue to who we are.”

For those lost in the weeds of dogma, looking for better constructed arguments, this, my dear reader, is more enigma.  “I am the gate,” Jesus tells us, to enter in, to enter through, into the wonder of His beauty, and the mystery of our worth.

It needs to be stated, since I anticipate some objection of my mere challenge to the politically correct dogma of our day: It is my deep conviction that persons who self-identify as transgender (or anything else for that matter) are no less a person, and are no less worthy of respect and love. This conviction is informed by a cultivated faith in Christ who reveals to us the mystery of our worth.