#droptheplus, Christian Gospel, Closer to us than we are to ourselves, Confused basis for identity, Counter-Cultural, Desperate Incurable Contradiction of Being, Identity, Inclusiveness of the Gospel, Massive Identity Confusion, Plus Size, Plus Size Models?, Profound Revolution, Radical Contrast, The Church, The thief steals your idenity, You are worthy

Ajay Rochester, former host of Australia’s Biggest Loser, reacted to a campaign by Australian activewear label The Upside, where model Laura Wells was promoted as “plus-size” (warning: some photos are more risqué than I am comfortable with in this blog). As Poorna Bell noted in her article, “to us she [Wells] looks like a totally average-sized woman, which begs the question – where is the actual plus size model representative in this [photo] spread?” Thus erupted the hashtag campaign #droptheplus.

The campaign appears to be gaining support by other prominent models who want to drop the plus from the “model” moniker. What interests me about this development is what it says about identity. 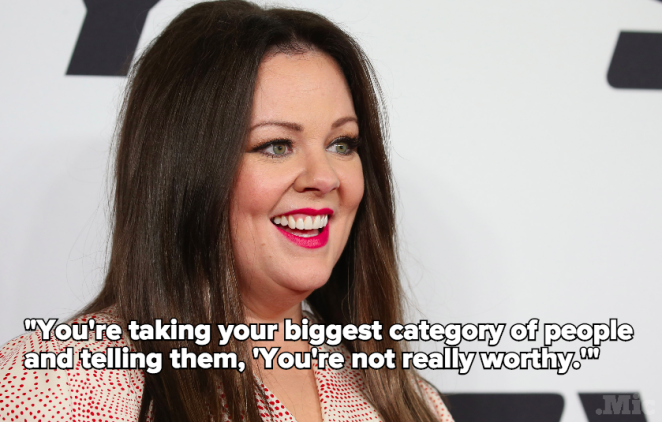 “Melissa McCarthy, everyone’s favorite comedic actress-turned-fashion designer, has become an outspoken advocate for plus-size shoppers, calling out the industry for neglecting shoppers and keeping the clothes ‘hidden by the tire section.’

Now, McCarthy has rightly taken a jab at the term ‘plus size’ altogether, saying it’s an inherently problematic concept that devalues women… ‘You’re taking your biggest category of people and telling them, ‘You’re not really worthy.'”

Are you not Worthy?

I can’t help but think: is this what many feel “the church” is continually saying to them?! You’re not worthy is the echo in a dark empty chamber, not the music of the Gospel. The revelation of the gospel is counter-cultural against the modern day basis for identity.

It is in Christ – in returning to restore trust with Him – that we begin to discover who we are, and who we are to be. Apart from Him, we suffer the Desperate Incurable Contradiction of Being.

Are we all Devalued?

McCarthy says the size-ism concept devalues women, but it really goes further than that. We are all devalued when we are labelled according to (or when our identities have been reduced to) our shapes, colours, occupations, the gender/sexual confusions, etc, etc, etc. And with the advent of social media, there are more clever and hurtful ways to devalue a person on the slightest of variations. How do children and teens (and adults) make it through the gauntlet of disrespect?

In the most radical of contrasts, you can be no more valued than when you recognize yourself in relationship with Christ. Thus Alan E. Lewis states:

Christ chooses our friends for us – including the uncongenial and quite unlike us, socially, ethnically, temperamentally – and connects us to them, His brothers and sisters and therefore ours, in an integrated fellowship which transcends both time and space and every boundary between races, classes, nationalities, and generations…

For what happens in the church of Christ, as human beings corporately discover their own ligaments and mutual reliance, is that the created truth of all humanity is thereby disclosed and realized.  The truth is… we model the image of God’s own triune community not as solitary, independent islands of personal existence, but essentially together, connected and relational…

It is safe to say “the church” regularly may have failed miserably and in contradiction to Christ’s intentions. And this is to be lamented not because it is mere failure, but because this failure prevents people from being invited into the “profound, revolutionary but unifying inclusiveness of the Christian gospel… the radical humanness of God… has come closer to us than we are to ourselves” (Alan E. Lewis).

Droptheplus, drop the facades, drop the masks, drop whatever feeble defences you hold up against finding who you are when you find yourself in Christ! You need only direct one word, or one wordless sigh in His direction, and you will find this is the response to His invitation all along.

You know what I’m going say; aaah, that enigma!