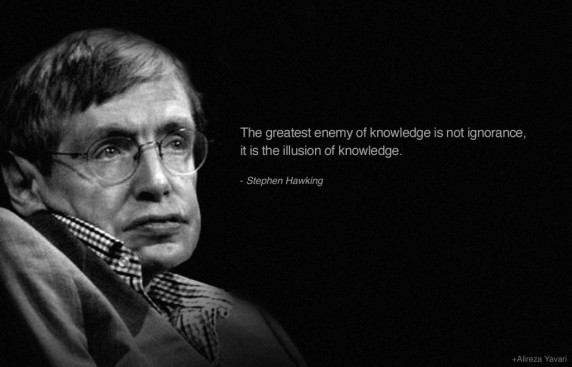 Fear of Artificial Intelligence is being expressed by those no less impressive than Stephen Hawking and Bill Gates.  But popular culture has been sounding the warning for some time now.

2001: A Space Odyssey – was a 1968 epic science fiction film produced and directed by Stanley Kubrick. By the end of the voyage, HAL the sentient computer who is supposed to monitor and assist humans, kills them all to ensure the success of the assigned mission after his (sic) own life is threatened. 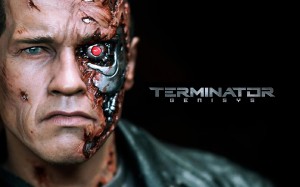 The ongoing (never-ending?) Terminator series explores in blunt Hollywood fashion an age when machines simply “dismiss human beings as alien and disposable squatters on the earth” (as Al Gore would suggest in Earth in the Balance).

The Matrix series imagines a different fate for humans: we become a fuel source for the voracious appetites of machines that have taken over. It is sentience on steroids, since it/they have managed to alter human sentience to be reduced to the epistemology of dreaming.

I, Robot, examines a story line that challenges Isaac Asimov’s Three Laws of Robotics: guidelines that foresees the possible unethical consequences of the creation of sentient computers.

In Ex Machina, author Alex Garland considers more than the sentience and consciousness of the machine – he artfully suggests the need for conscience. Of course, in the absence of the conscience of the one who created it, how can the robot appropriate one?

Conscience is an aptitude, faculty, intuition or judgment that assists in distinguishing right from wrong. Moral judgment may derive from values or norms (principles and rules).

It is odd, isn’t it, that science needs to be reminded that it is a root in the word conscience; and that there is a need for morality in this field of study that gives rise to the Robot. There is even a discipline known as Roboethics, in which machines of artificial intelligence are also considered artificial moral agents (AMA’s).

The issue of morality and technology has been beckoning ever more forcefully since the Industrial Revolution began (if you are morality-phobic, then consider the notion of ethics). From Nobel’s Dynamite, to Oppenheimer’s Nuclear Bomb, to today’s misnomer: the smart bomb, there is a pricked conscience behind each failure of improved (?) technology. Thus Alan E. Lewis writes:

Modern science, judged by the fruit it bears, has thrown into sharp relief humanity’s fateful determination not to remain as creatures, conjoined in mutuality with all creation, but to be our own masterful creators…

… there is a cosmic wedge between… facts and values, allowing society to analyze, exploit, and control nature and its resources without reference to the spiritual meaning and moral consequences of its rapacity and heteronomy.

To our surprise, this rapacity for violence was predicted before modernity’s perfection of it. Back in the second year of the Civil War (speaking of misnomers), Henry Brooks Adams wrote:

Man has mounted science, and is now run away with. I firmly believe that before many centuries more, science will be the master of men. The engines he will have invented will be beyond his strength to control. Someday science may have the existence of mankind in its power, and the human race commit suicide, by blowing up the world.

For some time now I have been raising the concern about the freedom of conscience in Canada (and the West in general). While angry atheist like Professor Richard Dawkins suggests a terrifying morality of eugenics as an abortion strategy, there is pressure on doctors at the other end of life: physician assisted suicides. According to recent polls, I am clearly in the minority; nevertheless, let this be a prophetic cry in the wilderness:

The technology that easily gives us an illusion of knowledge, as Stephen Hawking put it, now makes it easier to assist the human race to commit suicide, as Henry Adams predicted. Here’s a sample of modernity’s cosmic wedge – – for technology unimpeded by conscience is able to:

When artificial intelligence is also artificially devoid of a sense of spiritual meaning and moral substance, it should cause us pause. When talking about morality or ethics, I am not talking about the mere shifting mores of civil society, I’m talking about truisms as significant as the laws of physics:

There is a creator God of the universe.

You are not Him.

He is holy and restorative in all His ways.

He reconciles us to Himself through His Son.

Your consciousness and your conscience becomes restorative.