Beloved, Built in Erosion Factor, Community and Church, Continent of Loneliness, Discover the truth of who you are, First and Second Loneliness, Human Interaction, Loneliness, Lonely in a Crowd, Look up... look way up!, Smart Phone, Solitude and Loneliness, Techno-addiction, Technology, Time and Timelessness, Touching and being touched, Ultimate Displacement activity, What did you do for fun? 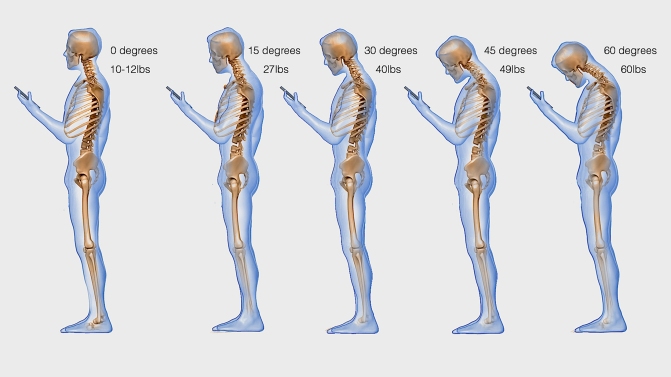 Is this a modern day evolutionary chart for the posture of a new age?

This physical pose betrays a relational posture tending to isolate and alienate itself to the enclosure of technology. Harry Mount writes:

Studies have shown how texts give us little blips of excitement, but never quite enough of it… We compulsively, obsessively want more. Our phones are the dream companions who could turn modern life into a nightmare.

What did you like to do for fun as a kid?

Recently Nature Valley Canada asked three generations of families one simple question, “What did you like to do for fun as a kid?” Take a moment to see how they responded, then grab your kids and go rediscover the joy of each other! (mostwatchedtoday.com)

We are relational creatures who thrive on healthy interconnections, in person, in trust, and acceptance. The sugar-drop blips of excitement one gets from their devices, though immediate, have a erosion factor built in. We get little techno-highs lesser and lesser, but we need relationship more and more. 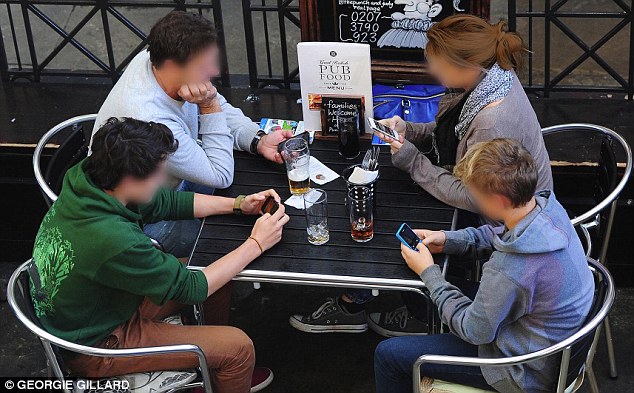 Harry Mount’s article captured photos like the one above – begging the question: is technology overtaking human interaction?

How often have you noticed all members of your family on their digital devices? The awareness might have elicited nervous laughter… but chances are, you carried on digitizing.

“‘You hold your phone so close to your mouth and body; and now you put everything about yourself on it — selfies, your likes, your dislikes… Phones have become an extension of ourselves.’

Just like alcoholics, we know that the addiction is doing terrible things to us — that we’d be better off reverting to age-old human habits, such as being able to have a continuous conversation lasting more than three minutes… ‘With this, you can remain in a parallel world — dating, shopping, socialising.'”

No doubt, some will wonder “what’s the problem?”  Some will react to this as a news item that exposes a technological generation gap; and others will simply refer to this as a discussion for Luddites and Curmudgeons. But it takes personal growth and insightful experience to connect us to the wisdom of the ages. The “what did you do for fun” video captures the shift in three generations as to how acutely technology has willingly been accepted, and how it has unwittingly undermined relational bonds.

The Continent of Loneliness

There are few people I know who are cartographers of our current spiritual geography like James M. Houston, (a “historical and cultural geographer of the history of ideas”).  In his lecture, “The Continent of Loneliness,” he says “loneliness is not a shallow feature of our social experience, rather it is constitutional to being human… [but] some forms of loneliness have been intensified by modernity as we find ourselves lonely in a crowd… as we have refined the individualistic techniques of isolating ourselves.”

In his book, Joyful Exiles: Life in Christ on the Dangerous Edge of Things, he notes that “loneliness is at the core of the field of psychiatry.”  Loneliness is deepened by technology penetrating the lives of those who experience intense loneliness and alienation. Thus community, and especially Church community/spiritual friendship, is significant.

The Best of Community and the Dynamics of Loneliness

Henri Nouwen speaks to the best of community and the dynamics of loneliness in the spiritual journey.  In an early interview he said:

The best of community does give one a deep sense of belonging and well-being; and in that sense community takes away loneliness. But on another level community allows you to experience a deeper loneliness. It is precisely when you are loved a lot that you might realize a second loneliness which is not to be solved but lived. This second loneliness is an existential loneliness that belongs to the basis of our being. It’s where we are unfulfilled because only God can fill us.

The paradox is that quite often in community you get in touch with this second loneliness. In community, where you have all the affection you could ever dream of, you feel that there is a place where even community cannot reach.

In a later interview captured in “Beloved: Henri Nouwen in Conversation,” he is able to give some nuance to the differences between the first and second loneliness, or what he calls loneliness and solitude:

Solitude is a discipline in which you deal with your loneliness in such a way that it doesn’t destroy you or others; instead it becomes a place to discover the truth of who you are.

If you have been a regular reader of this blog, I suspect you feel you’re in an existential loop continually being brought to the importance of coming to know who your are. Your true identity is found in the One who made you for Himself.

Therefore lift your head, change your posture of this age, look up from your digital device, and look someone in the face: talk, commune, listen, be present.

And when you are ready, consider looking to the person of Jesus in whom you find your soul. This might be as good a definition of what it means to be “saved.”

Jesus looks for the person who touches Him

Consider Jesus’ interaction with the woman who wanted to anonymously touch the hem of Jesus’s garment in hopes of being healed (Mark 5). She had a “bleeding disorder” that she secretly hid, since Jewish law forbade her to go in public with this condition. Thus to be there and to touch any one, meant that she would be making them “unclean.” In the jostling crowd she thought she could get away from being identified – such was the desperation of her hope.

Was it therefore an act of imaginative hope, or of broken-down confession that drove her to show herself?  And what was the joy of being seen face to face with Jesus? – to have Jesus know her, and to have her know herself as a person of worth?

As I said, when you are ready, consider looking to the person of Jesus in whom you discover the truth of who you are. Let Him reconnect you to His body, and start the healing of your soul.

6 thoughts on “Posture of a New Age?”