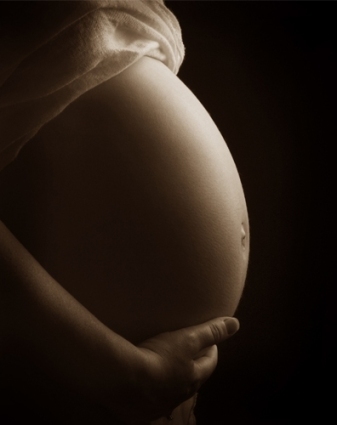 Dr. Joseph A. MacDougall as told to Douglas How

I first read this story in the December 1988 issue of Moody Monthly. Dr. MacDougall practised medicine in the Maritimes during the last half of the 20th century. This is his story about a patient of his who was diagnosed with TB. It is, as he said, “unlike any other I have ever seen.” Enjoy and Merry Christmas!

How an Unborn Child Saved its Mother’s Life

“Finally, one day that December, I had to tell her. Medically, we were beaten. The decision lay with God. She took it quietly, lying there, wasting away, only 23, and the mother of a year-old child. Eleanor Munro (the name has been changed) was a devout and courageous woman. She had red hair and had probably been rather pretty, but it was hard to tell anymore, she was that near to death from tuberculosis. She knew it now, she accepted it, and just asked for one thing.

“If I’m still alive on Christmas Eve,” she said slowly, “I would like your promise that I can go home for Christmas.”

It disturbed me. I knew she shouldn’t go. The lower lobe of her right lung had a growing tubercular cavity in it, roughly one inch in diameter. She had what the doctors call open TB, and could spread the germs by coughing. But I made the promise and, frankly, I did so because I was sure she’d be dead before Christmas Eve. In the circumstances, it seemed little enough to do. And if I hadn’t made it, I wouldn’t be telling this story now.

Eleanor’s husband had the disease when he returned to Nova Scotia from overseas service in World War II. It was”a mild case and he didn’t know he had it. Before it was detected and checked, they married. She caught the disease and had little immunity against it. It came on so fast and lodged in such a difficult place that it confounded every doctor who tried to help her. ,

To have a tubercular cavity in the lower lobe is rare. When they took her to the provincial sanatorium in Kentville, it quickly became obvious that the main problem was how to get at it. If it had been in the upper lobe, they could have performed an operation called thoracoplasty, which involves taking out some of the upper ribs to collapse the lobe, and put that area of the lung at rest. Unfortunately, this operation couldn’t be used for the lower lobe because it would have meant removing some of the lower ribs, which her body needed for support, and in any case probably would not collapse the cavity.

With thoracoplasty ruled out, they tried a process called artificial pneumothorax, which employs needles to pump in air to force collapse of the lung through pressure. Although several attempts were made, this process didn’t work because previous bouts of pleurisy had stuck the lung to the chest wall, and the air couldn’t circulate.

Finally they considered a then-rare surgical procedure called psneumonectomy-taking out the entire lung – but rejected it because she was too sick to withstand surgery, and steadily getting worse. Their alternatives exhausted, they reluctantly listed her as a hopeless case and sent her back to her home hospital in Antigonish.

What I had to consider as a young Doctor

I was 31 then and I hadn’t been there very long when she arrived. I graduated from Dalhousie University’s medical school in 1942, joined the Royal Canadian Air Force, and then completed my training as an anaesthetist in Montreal once the war was over. A native of Sydney, N.S., I accepted a position with St. Martha’s Hospital in Antigonish. I was to provide an anaesthesia service and take care of the medical needs of the students at two local colleges. I was also asked to look after a small TB annex at the hospital, a place for about 40 patients, most of them chronics with little or no hope of being cured. That’s how Eleanor Munro came to be my patient in 1948

She had weighed 125 pounds. She was down to 87 the first time I saw her. Her fever was high, fluctuating between 101 and 103 degrees. She was, and looked, very toxic. But she could still smile. That, I’ll always remember. If you did her the slightest kindness, she’d smile.

Maybe that encouraged me. I don’t know. But I did know then that I had to try to help her.

I first called Dr. I. Rabinovitch in Montreal because he was a top expert on the use of the then-new drug streptomycin. Early infornation was that, in certain circumstances, it might help cure TB. Dr. Rabinovitch told me the drug wasn’t available. When I described the case he said he would advise against its use anyway. I then phoned a doctor in New York who was experimenting with a procedure called pneumoperitoneum.

Pneumoperitoneum consists of injecting needles into the peritoneal cavity to force in air and push the diaphragm up against the lung. If we could get pressure against that lower lobe, we could hope to force the TB cavity shut. If we could do that, nature would have a chance to close and heal the cavity by letting the sides grow together.

At the hospital, we considered the risks and decided we had to face them. The operation took place the day after my phone call. We pumped air into the peritoneal cavity, but it nearly killed her. It was obvious that the amount of air she could tolerate could in no way help. Every doctor in the room agreed we shouldn’t try a second time. We were licked.

As far as Medical Science can go

It was then that I told her medical science had gone as far as it could go. I explained why in detail and she appreciated it. She listened with a quiet dignity and an amazing resignation. I told her that her Creator now had the final verdict and that it would not necessarily be what either of us wanted, but would be the best for her under the circumstances. She nodded, and then exacted from me that promise.

Amazingly, she was still alive on Christmas Eve, but just barely. The cavity was still growing; her condition still worsening. But she held me to my promise and, with renewed doubts, I kept it. I told her not to hold her child and to wear a surgical mask if she was talking to anyone but her husband. His own case had given him immunity.

She promised and off she went by ambulance, wearing that smile I can’t forget.

She kept ebbing away

She came back to St. Martha’s late Christmas Day, and she kept ebbing. No one could have watched her struggle without being deeply moved. Every day her condition grew just a bit worse, yet every day she clung to life. It went on, to our continued amazement, for weeks.

Toward the end of February she was down to or below 80 pounds; she couldn’t eat-and new complications developed. She became nauseous, began to retch and vomit even without food in her stomach. I was stumped. I called in a senior medical consultant and when he examined her he was stumped too. But with a grin, almost facetiously, he asked me if I thought she could be pregnant.

I can still remember exactly how I felt: the suggestion was utterly ridiculous. Everything I knew about medicine added up to one conclusion: she was so ill, so weak that she couldn’t possibly have conceived. Her body just wasn’t up to it. Nevertheless I did take a pregnancy test-and to my astonishment it was positive. On the very outer frontier of life itself she now bore a second life within her. It was about as close to the impossible as you’re ever likely to get, but it was true.

When I told her she smiled and sort of blushed.

Legally, medically, we could have taken that child through abortion because it imperilled a life that was already in jeopardy. At that time TB was the No.1 medical reason for doing so. But we didn’t do it. The patient and her husband were against it. We doctors at St. Martha’s were against it, not only on religious grounds, but because we were certain the operation would kill her. Besides, she was so far gone, we were sure her body would reject the child anyway.

So we fed her intravenously, and watched her fight to sustain two lives in a body in which only some remarkable strength of character or divine intervention had allowed her to sustain even one.

The Struggle went on for Weeks

The struggle went on for weeks, and never once did we alter our conviction that she was dying. And she kept her child. And then an incredible thing began to happen. By late March, 1948, I was confounded to find her temperature beginning to go down. For the first time we noted some improvement in her condition, and the improvement continued. She began to eat, and to gain weight. A chest x-ray showed that the growth of the TB cavity had stopped. Not long after, another x-ray showed that the diaphragm was pushing up against the lower lobe of her diseased lung to make room for the child she bore. Nature was doing exactly what we’d failed to do with pneumoperitoneum: it was pressing the sides of that deadly hole together. The child was saving the mother!

The Child saved her life

The child did save her. By the time it was born, a normal healthy baby, the TB cavity was closed. The mother was markedly better, so much better that we let her go home for good within a few months. Her smile had never been brighter.

I still find it hard to believe, and I’ve never heard of a comparable case since. I never discussed it with the young woman, even when she came in for check-ups which confirmed the full return of good health. And never, until recently, have I cited the case publicly to make a point. The child didn’t destroy its mother. It saved her. Call it the will of God, call it human love, call it the mystic quality of motherhood, the turning in upon herself to fight still more because she had still more to fight for, call it what you will: it happened. It does not matter if it never happens again. Indeed, it is not likely to happen again now that we have the drugs to cure tubercular cases like hers, but that’s not the point. It happened, and it happened, I’m convinced, because there is a force in nature, a wisdom, a balance, a mystery beyond man’s comprehension – and man should recognise and accept it.

If I need any convincing, that woman convinced me. I still wonder at what she did and at the unfathomable force it signifies. And I still remember with delight the Christmas cards she sent me for years. They were just ordinary cards, with the usual printed greetings and her name. But, to me, they were like monuments to a miracle of Christmas.”

Douglas How was a free-lance writer in St. Andrews, New Brunswick. This article originally appeared in the Saint John Telegraph-Journal.