A very different conversation about social media, Canadian Paediatric Society, Cultural Hinter-landers, Eroding the core foundations of how people behave, Exploiting vulnerability, Facebook, Four Principles for Screen Time, How much are you going to give up?, Intellectual Independence, Mindfully use screen time, Minimize screen time, Mitigate screen time risks, Model healthy screen time, Social Media, Social Media and the Soul, Societal Ripping, Soul Searching, Technology, The Digital Landscape, The race for human attention, The Verbs of Social Media, The Verge, Time and Timelessness, Tremendous Guilt, What I can't and can control, You are being programmed

It doesn’t take a rocket scientist, a computer scientist, or a social scientist to know something’s going on in our society that we have never faced before. But it has taken some insiders from social media technologies to confirm what researchers are beginning to find, and what families have already found – sometimes too late:

[Social media] is eroding the core foundations of how people behave by and between each other,” says former Facebook executive Chamath Palihapitiya.

These are not cultural hinter-landers who are speaking to this. These are the very people at the forefront: inventors and entrepreneurs who are now wanting to initiate a very different conversation about social media.

Google, Twitter and Facebook workers who helped make technology so addictive are disconnecting themselves from the internet.

Justin Rosenstein had tweaked his laptop’s operating system to block Reddit, banned himself from Snapchat, which he compares to heroin, and imposed limits on his use of Facebook. But even that wasn’t enough. In August, the 34-year-old tech executive took a more radical step to restrict his use of social media and other addictive technologies.

“A former Facebook executive has said he feels “tremendous guilt” over his work on “tools that are ripping apart the social fabric of how society works”, joining a growing chorus of critics of the social media giant.

Chamath Palihapitiya, who was vice-president for user growth at Facebook before he left the company in 2011, said: “The short-term, dopamine-driven feedback loops that we have created are destroying how society works. No civil discourse, no cooperation, misinformation, mistruth.”

The remarks, which were made at a Stanford Business School event in November (2017), were just surfaced by tech website the Verge (Dec 2017).

“This is not about Russian ads,” he added. “This is a global problem. It is eroding the core foundations of how people behave by and between each other.” 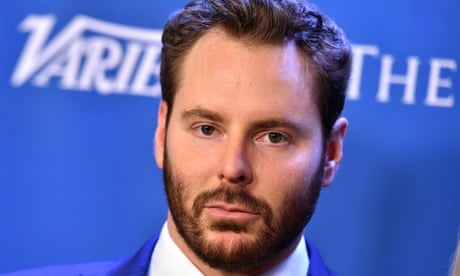 Palihapitiya’s comments… were made a day after Facebook’s founding president, Sean Parker, criticized the way that the company “exploit[s] a vulnerability in human psychology” by creating a “social-validation feedback loop” during an interview at an Axios event.

Parker had said that he was “something of a conscientious objector” to using social media, a stance echoed by Palihapitiya who said that he was now hoping to use the money he made at Facebook to do good in the world.

He also called on his audience to “soul-search” about their own relationship to social media. “Your behaviors, you don’t realize it, but you are being programmed,” he said. “It was unintentional, but now you gotta decide how much you’re going to give up, how much of your intellectual independence.”

You are Not Helpless – Here’s What You Can Do:

The digital landscape is evolving more quickly than research on the effects of screen media on the development, learning and family life of young children. Evidence-based guidance to optimize and support children’s early media experiences involves four principles: minimizing, mitigating, mindfully using and modelling healthy use of screens.

“To promote child health and development in a digital world, physicians and other health care providers should counsel parents and caregivers of young children on the appropriate use of screen time. Specific recommendations include the following:

Mindfulness: As a family, be mindful about the use of screen time:

For more, see posts tagged either “Technology” – or – “Time and Timelessness.“

13 thoughts on “Social Media and the Soul”