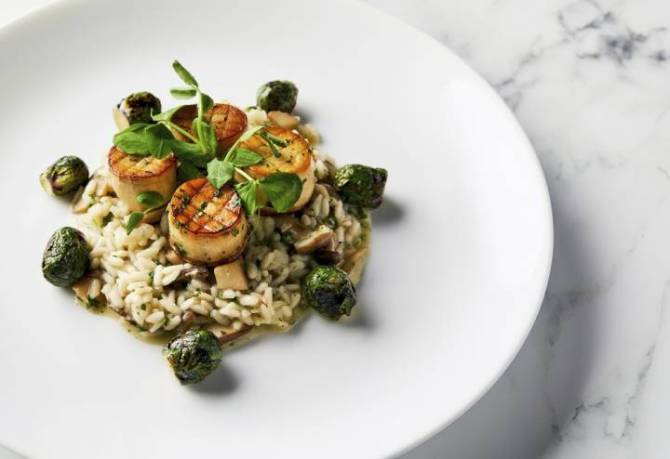 Taking a Steak Knife to a Vegan Dinner

The Morning Show is a superb drama about the importance of dignity and doing the right thing made by a company that runs sweatshops in China. Apple, Amazon, Disney … You say you’re woke but if ISIS started a streaming service you would call your agents. But if you do win an award tonight, don’t make a political speech. You’re in no position to lecture the public about anything. You know nothing about the real world.

Unlike their adoring fans, the entertainers who won a golden globe were able to ignore Gervais, blithe-fully unaware of their hypocrisy.

I love how Rex Murphy summed it up:

“The Golden Globes goes vegan, and the host of the suffocating shindig shows up with the only steak knife in the room. Everyone else is gnawing on spinach and he’s carving the turkeys.

… the always reliably slobbering entertainment press was cheering the Globes’ “commitment” to fighting global warming by going… vegan — a gesture of the kind that Hollywood likes to describe as “sending a message.”

Murphy aims his best punches for the virtue signalling phrase of our day:

“It is out of my poor reach to express… my contempt for the ritual evocations of the phrase “speaking truth to power.” In the main it has become a limp platitude coming out of the mouths of the well-situated, the safe and secure, and is almost always more of a self-congratulation than any genuine defiance, posing a real risk or peril, to its claimant.

Hollywood can’t speak truth to power — it is power and at the same time it bends to power. Prestige, fame and wealth, not direct political force, are the constituents of its power. Before them nearly all bow, hold their tongues, stay on the mark. A house in the hills, your name on the billboard, millions in the bank, a private jet for shopping, and supercars by the dozen in the bespoke garage — who wouldn’t stay quiet, refuse to rock the boat, when these trinkets were in reach or hope of reach…

Of truth to power it must be reserved for real heroes, like Solzhenitsyn and Sakharov, dissidents in the many tyrannies of the present day, and real journalists who at threat to their lives report on the dark and ominous corners of the world.”

In Praise of Self-Interest over the Common Good

The hypocrisy reached its vapid height with Michelle William’s acceptance speech for winning the award for best actress in a limited series for “Fosse/Verdon”. It is what CNN Entertainment called a “powerful speech.” What else could the entertainment media say since they are compromised by the industry that pays their way, and further promote the most recent version of political correctness for our attention.

“… I’m grateful for the acknowledgement of the choices I’ve made and I’m also grateful to have lived in a moment in our society where choice exists, because as women and as girls, things can happen to our bodies that are not our choice.”

The narrative Williams would want us to believe is that every time a girl/women finds out she has an unwanted pregnancy, it was not in the realm of her choice; how disempowering is this message (?). Is every sex act a rape? Is every sexual encounter outside of our choice? Surely there are dozens of choices to be made before one can get pregnant. Cancer might happen to our bodies that are not our choice; but before pregnancy is possible, there are dozens of choices that are ours to make.

“I’ve tried my very best to live a life of my own making, and not just a series of events that happened to me. But one that I could stand back and look at and recognize my handwriting all over. Sometimes messy and scrawling, sometimes careful and precise. But one that I had carved with my own hand. And I wouldn’t have been able to do this without employing a woman’s right to choose.”

A regular Invictus, she asserts she is captain of her soul, the self-directed champion for all that unthinking feminism and abortion storytellers yearn, despite implying she has no power or choice if/when she might find herself to have become pregnant with an unwanted and untimely child.

“To choose when to have my children and with whom, when I felt supported and able to balance our lives as all mothers know that the scales must and will tip towards our children. Now I know my choices might look different than yours, but thank God or whoever you pray to that we live in a country founded on the principles that I am free to live by my faith and you are free to live by yours. So, women 18 to 118, when it is time to vote please do so in your self-interest. It’s what men have been doing for years, which is why the world looks so much like them but don’t forget we are the largest voting body in this country. Let’s make it look more like us.”

The slobbering entertainment press did nothing but applaud such an empty call to action as to “vote in your self-interest.”  Void of an understanding of the common good, void of the problems of female gendercide, void of pointing out her hypocrisy, the media ignored the smearing sexist implication that all men do is vote out of self-interest, and that making the world “look more like us” would be a good thing, as if human depravity is only male gendered.

Williams for all her platform and wishes would actually make a world look less and less like women since female fetuses are the prime target of abortions. So much for choice.

So much for being “woke”

Does any of this apply to anyone as privileged as Michelle Williams and her entertainment cadre? They’re still in dreamland making fantasies, yet to wake up to reality. And as if just on cue: the Academy Award nominations came out recently to find – gasp – virtually no people of colour nominated for key acting awards, and no females nominated for movies they directed.  Tick, tock… still sleeping.

This is my voice in the wilderness crying against the dogmas of our day – the unquestioned narratives driven by the powerful entertainment industry populated with so many of the likes of Weinstein and Williams who live by the ethic of self-interest.

3 thoughts on “Will the Woke Please Wake Up”