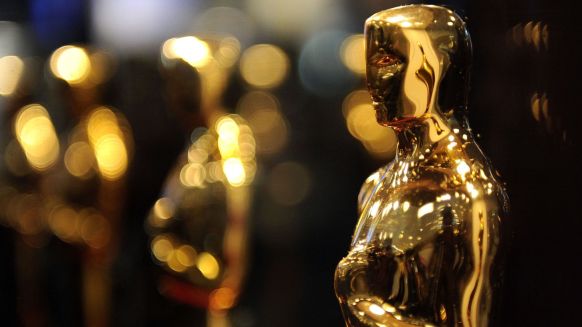 During the “awards season” an adoring public obliges itself to watch for the newest fashion statement, newest entertainment buzz, and/or the newest thoughts allowed and ushered in by celebrities. It doesn’t take a genius or a prophet to predict they will be entirely self-referenced.

With the loss of the eternal, where else can one go to but “the foul rag-and-bone shop of the heart” (W.B.Yeats).

By now if you’ve read my other commentaries on popular culture, you know I am a mere rivulet working against the tidal current of our age. Nevertheless I site on distant horizons for others who may be beginning to question how we’ve disempowered ourselves by capitulating common-sense to the senseless prophets our the day: celebrities. Thus I was fascinated to find an article by Veronica Zabelle Nayir written for the University of Toronto student paper.

She confesses that she too is loosing faith in the performative politics of award shows:

“This is the age of the quasi-presidential speech at award shows, those short  — or long, if they’re mega-famous — calls to action, filled with the repetition of “we must” and customary finger-wagging. For Gervais [at the Golden Globe Awards for eg], celebrity culture is deserving of no praise because no celebrity deserves to cry political tears. For Gervais, celebrities are deserving of ridicule, the sort that comes from a political place… it can’t be denied that the intersection of politics and celebrity has been dark and disappointing.”

The Problem with Virtue Signalling

There is a kind of cultural complicity, Nayir writes, “of a Hollywood that has rubbed shoulders with the likes of Harvey Weinstein and Jeffery Epstein.”  So when Gervais mocks his celebrity audience who moan at his quips, he retorts, “Shut up, I know [Weinstein] was your friend, but I don’t care”. He says this “to those who are easily roused for superficial political causes, but slow to make sustained contributions outside of the Hollywood bubble; to those who are slow to give up their ties to exploitative corporations and people and things.” Of course, all this is in direct opposition to the “high-minded praise” we see for the industry that “verge on being pretentious.”

The next time you watch an celebrity awards shows, why not play a kind of “virtue signalling bingo” to see how many times and how many “winners” (sic) throw out a lure to something political, politically correct, or moralistically high-minded. I encourage you to keep your wits about you and think; push back against the current of intellectual bile coming from the entertainment industry.

Thus I was impressed with Nayir: she is a student writer for a student paper able to articulate the problem in this day and age of youth culture being supplanted by celebrity culture. She can see the manifest hollowness of it all.

I wonder if we can hope for more?