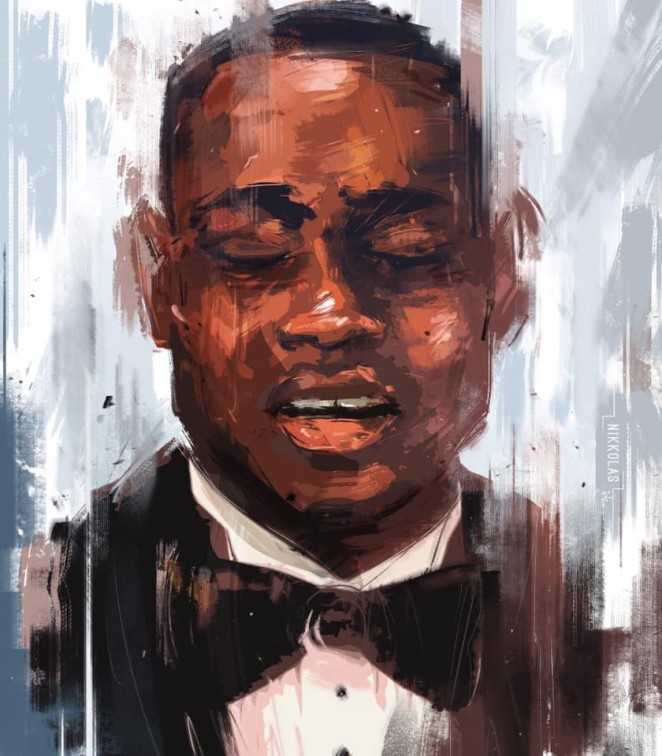 How do you count the 74 days between shooting of Ahmaud Aubrey and laying the first charges against the white father-son duo who stopped and shot him? I mean, really, how do you watch 74 days go by without a word about the loss of your son? How do you wait for any sense of justice, even a hint of action or explanation?

The Aubrey story reminded Julian S. Newman of the day a jury in Los Angeles suburb of Simi Valley acquitted four police officers who had been charged with using excessive force in arresting black motorist Rodney King on March 3rd, 1991. He writes:

The Sony Camcorder video of his beating went viral in the pre-social media era. The trial was merely a formality in the minds of most because we had all seen the tape.

It seemed like a forgone conclusion that these policemen would be convicted.

But it wasn’t a foregone conclusion. Acquitted? Not guilty? If you were alert to the story at that time, you probably saw the grainy video footage and knew it was all whack. The police probably didn’t expect to be on camera, as this marked a kind of ground zero of the viral video era we live in now.

To read all of Julian S. Newman’s article see: Lament for Ahmaud.

I remember years later seeing the video of several police putting a strangle hold on Eric Garner, the African American selling “loose cigarettes” on a Staten Island sidewalk. I remember his last words before he died on July 17, 2014 were “I can’t breathe” as he was choked to death. At that time The New Yorker columnist, John Cassidy’s wrote:

‘The imbalance between Mr. Garner’s fate, on a Staten Island sidewalk in July, and his supposed infraction, selling loose cigarettes, is grotesque and outrageous.’ Bramhall’s cartoon shows Lady Justice, splayed out on the sidewalk, her sword and scales of justice scattered around her, saying, “I … CAN’T … BREATHE.”

Those words were, of course, the last ones that Garner, a forty-three-year-old black man, uttered while being held down on a sidewalk on Staten Island by cops, including one, officer Daniel Pantaleo, who had him in what N.Y.P.D. commissioner William Bratton subsequently described as an unauthorized chokehold. In a front-page headline, the Daily News changed Garner’s words a bit, to read “We Can’t Breathe,” which accurately summed up the feelings of many New Yorkers, and many Americans outside New York, when they heard that a grand jury had decided not to bring charges against Pantaleo or anyone else. 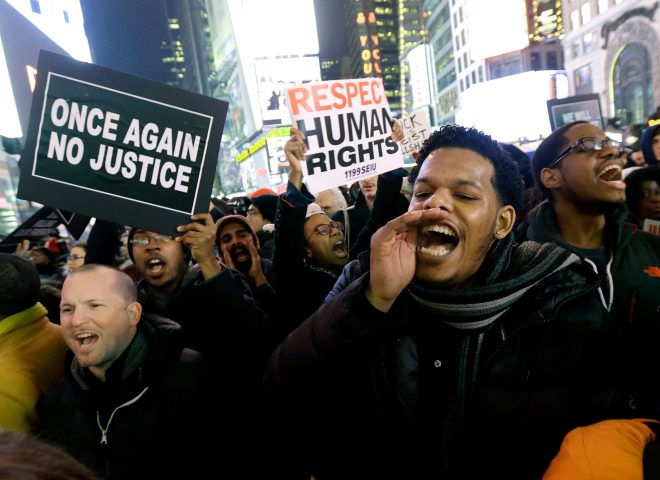 Waiting on the World to Change

How do you count 74 days? One unjust grievous empty day after another I suppose. Waiting on the world to change.

What am I waiting for? Not revenge; not a chance to sit on the Grand Jury; not violent protest.

And when you trust your television
What you get is what you got
Cause when they own the information, oh
They can bend it all they want

Lyric from John Mayer’s “Waiting on the World to Change.”