Atheism, Beauty, Beauty evokes longing, CS Lewis on beauty, God is the sum of all desirable qualities, The Problem of Beauty, The sheer joy of creation, The source and destination of all beauty, The Weight of Glory 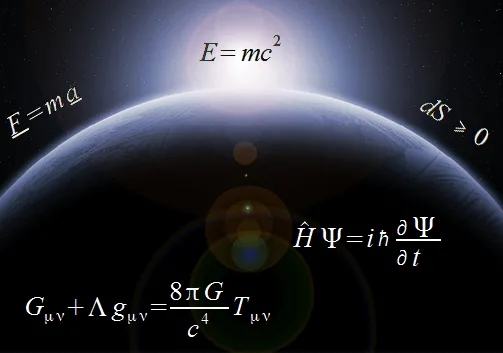 We experience love, friendship, adventure and heartbreaking beauty. Could all this really come from random collisions of particles?

Even [the late, great physicist and atheist, Steven] Weinberg concedes that life sometimes seems “more beautiful than strictly necessary.” If the problem of evil prevents me from believing in a loving God, then the problem of beauty keeps me from being an atheist like Weinberg.

John Horgan directs the Center for Science Writings at the Stevens Institute of Technology. For more on his article see: “What God, quantum mechanics and consciousness have in common.”

Can Science Solve the Problem of Beauty?

This isn’t the first time Horgan has mused about the problem of beauty; ten years earlier he wrote “Can Science Solve – Really Solve – the Problem of Beauty?:

“My friend David Rothenberg, a philosopher at the New Jersey Institute of Technology… has been poking, prodding and pondering the problem for many years. He has trekked around the world to interview scientists who, in one way or another, study beauty (even if they shun that term) and attempt to explain it, if not explain it away. His research has led to a trilogy of marvelous books: Why Birds Sing: A Journey into the Mystery of Bird Song (Basic Books, 2006); Thousand Mile Song: Whale Music in a Sea of Sound (Basic Books, 2008); and, released just last month, Survival of the Beautiful: Art, Science, and Evolution (Bloomsbury).

His new book considers not just music—in which Rothenberg, as a musician, has a special interest—but beauty in all its manifestations, and especially visual art, whether Paleolithic cave paintings or the ethereal, sculptures of bowerbirds. Rothenberg does all the things that conventional science writers do. He interviews experts in their labs and in the field, weighs the evidence for their theories, offer his assessments and so on. But he also engages with his material in utterly original ways. In an attempt to understand the music of other species, he has played his clarinet with a lyrebird in Australia and with a humpback whale in Hawaii.

Rothenberg argues passionately that we are not the only species with an eye and ear for beauty and a compulsion to create. He is dissatisfied with theories that attempt to explain beauty in strictly functional, evolutionary terms, as a mere side effect of mating or communication. These theories, he asserts, do not do justice to the richness and complexity of art, whether human or inhuman. He proposes that a laughing thrush lets fly a new aria and a satin bowerbird adorns his sculpture with blue flowers not just to attract mates but for the sake of beauty itself, for the sheer joy of creation, just as human artists do.

In his new book, Rothenberg proposes that many species might be shaped by a principle that he calls “aesthetic selection.” But he doesn’t pretend that this idea solves the problem of beauty any more than sexual selection or other more mainstream hypotheses do. He’s less interested in solving the problem—in reducing it to some underlying, mechanical process—than in celebrating it. He dances around it, writes a poem about it, paints a picture of it, plays a duet with it, and he thereby illuminates the problem of beauty more than any mere theory can.”

Beauty as a clue to God

In his now classic sermon, The Weight of Glory, C.S. Lewis said:

We do not want merely to see beauty, though, God knows, even that is bounty enough. We want something else which can hardly be put into words — to be united with the beauty we see, to pass into it, to receive it into ourselves, to bathe in it, to become part of it.

“The argument from beauty has a certain intuitive strength. It is roughly as follows:

Beauty evokes longing. When we see or hear something of great beauty we long for something beyond what we think is beautiful.

A great piece of music impels us to desire an experience beyond the one we are having. Of course, we can just say it is synapses and endorphins, but when we do we neuter the power of the experience. Perhaps, Lewis suggests, the beauty we are glimpsing is not in the music or painting or mountain-top view, but from somewhere else mediated through our experience. Lewis concluded that there is no way to satisfy the longing evoked by beauty apart from a transcendent reality.

Either the longing we have is misplaced (there is nothing beyond the ink on the page, the grass on the hillside, or the sound waves interacting with our ear drums) or there is a transcendent reality…”

Ultimately, beauty is evaluated only in comparison with God Himself, as one theologian puts it:

God’s beauty is that attribute of God whereby He is the sum of all desirable qualities.

The Source and Destination of Beauty

Even the ten most beautiful equations in physics (noted above) reveal the beauty of the One who created the laws of physics, therefore:

May you discover something of the beauty that finds its source and destination in the One who is the sum of all Desirable qualities.