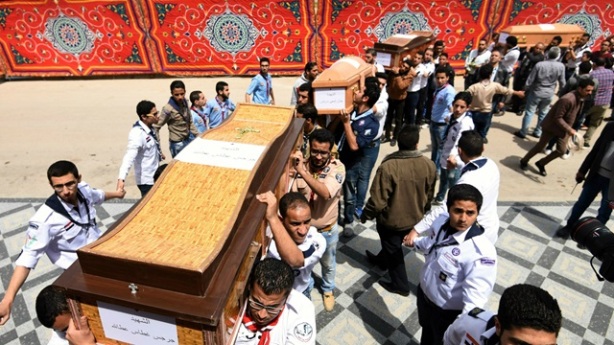 The place Violence in our times.

911 has been used to justify on-going retaliation; it has been ground zero for the fight with Islamic terrorism. But as Brennan Manning lamented before his death, “After 911, the U.S. should have bombed the Taliban with… food, clothing, and forgiveness.”

No – instead we have this recurrent theme that because the west has a hammer, everything takes on the appearance of a nail. Banging, clawing, and gouging are the predictable reactions to harm done. In contrast:

What if the west would do what Egyptian Christians did when they were bombed earlier this year? The Guardian reported:

“In the past four years, Egypt has risen from 25th to 21st in a league table of countries where Christians face persecution, compiled by the charity Open Doors.

“The situation for Christians is very worrying yet we hear from our partners in Egypt that Christians are determined to stand strong and not be terrorised by these violent extremists. Despite the brutality, churches were full on Easter Sunday – although the mood was more sombre than usual,” said Lisa Pearce, the Open Doors chief executive.”

“Come to Me all you who are Helpless and Harassed“

Even so, Egypt’s beleaguered Copts (Coptic Christians) were not looking for revenge:

The Palm Sunday twin suicide bombings killed more than 45 people and are the second ISIS attack on Christian sanctuaries in five months. Twenty-nine people were killed in a suicide bombing at the papal cathedral in Cairo in December. This week, ISIS attacked the famous St. Catherine’s monastery on the southern Sinai peninsula…

“I’m not angry at the one who did this,” said wife of deceased, with children by her side. “I’m telling him, ‘May God forgive you, and we also forgive you. Believe me, we forgive you.’

“You put my husband in a place I couldn’t have dreamed of.

From: Forgiveness: Muslims Moved as Coptic Christians Do the Unimaginable

The Humble have a Secret

These Christians were humble well before they were humbled further. But more – they have a secret: they know something transcendent, something eternal, something that “could not have been dreamed of.” Jayson Casper with CT writes:

“Amr Adeeb, perhaps the most prominent talk show host in Egypt, leaned forward as he searched for a response [to this forgiveness].

“The Copts of Egypt … are made of … steel!” he finally uttered.

Moments earlier, Adeeb was watching a colleague in a simple home in Alexandria speak with the widow of Naseem Faheem, the guard at St. Mark’s Cathedral in the seaside Mediterranean city.

On Palm Sunday, the guard had redirected a suicide bomber through the perimeter metal detector, where the terrorist detonated. Likely the first to die in the blast, Faheem saved the lives of dozens inside the church.

“I’m not angry at the one who did this,” said his wife, children by her side. “I’m telling him, ‘May God forgive you, and we also forgive you. Believe me, we forgive you.’

“‘You put my husband in a place I couldn’t have dreamed of.’”

“How great is this forgiveness you have!” his voice cracked. “If it were my father, I could never say this. But this is their faith and religious conviction.”

Millions marveled with him across the airwaves of Egypt.

The Islamic State in Libya kidnapped and beheaded 21 mostly Coptic Christians in February 2015. CT previously reported the message of forgiveness issued by their families and the witness it provided.”

The Scandal of Forgiveness

“I long to talk to you about our Christ, and tell you how wonderful he is,” said George, addressing the terrorists. But then turning to the church, he said, “How about we make a commitment today to pray for them?

“If they know that God is love and experience his love, they could not do these things—never, never, never.”

Clearly the Coptic heritage and Jesus’ teaching have an impact on the aggrieved. But will the “never” ever come? Is the scandal of forgiveness wasted?”

Is forgiveness ever wasted?

On the surface I suppose forgiveness is a losing game; so is terrorism and retaliation. But go deeper and you will find forgiveness comes from a endless well – available for an ocean of need. Surely there is some secret to live and die like the One who came to reconcile us to Himself.

The wife of the deceased guard understood something of this secret when she uttered:

You put my husband in a place I couldn’t have dreamed of.

For more go to: Thoughts on War and Peace