Artificial Intelligence, Collision of Worldviews, Dr Doom, Francis Schaeffer, Greatest threats to a living faith: affluence, How should we then live?, In the middle of a big shock, Lori Lee Oates, Luke Ashworth, Robots, The end of the world as we know it, The rise of robots, Unsustainable, World order contaminated with corruption, Worldview determines moral judgement and understanding of reality

No, I’m not trying to go all apocalyptic on you, nor am I trying to introduce an old track to the contemporary song book of lament. Instead, according to professor Luke Ashworth of Memorial University, “the new world is being born”, but at what cost?

Ashworth is better known in Memorial University’s political science department as “Dr. Doom” because he teaches the popular End of the World course where he examines the fall of civilizations over time and the conditions that lead to collapse.

Societies do not collapse because they face a single challenge. In fact, a modern society can probably face up to three challenges at a time. However, when that fourth challenge arrives, collapse is probably imminent.

For example, it was not invasion alone that led to the fall of Rome. Overspending, corruption and political instability, enabled by weak government over a number of centuries, were all contributing factors.

As such, pandemics alone do not collapse societies. However, they can be the fourth condition that arrives to collapse a society that already faces significant vulnerabilities.

The Conditions Adding Up

According to Oates, “many scholars have been ringing the bell on extensive borrowing, inequality, over-dependence on oil, failure to address climate change, and overly partisan politics.” She explains,

“Most people have not yet fully grasped the reality of the economic crisis that awaits us both globally and locally. People are too busy trying to survive to worry about government debt. While the International Monetary Fund has put global GDP at $90 trillion, a Reuters report this winter estimated that public and private debt globally is almost $260 trillion.”

Let’s be honest, conditions are adding up and who can tell where we go, or how we go… and added to this: 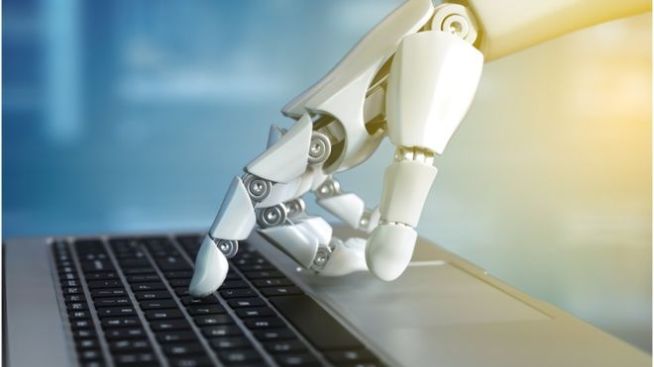 “As a pandemic grips the world, a person could be forgiven if they had forgotten about another threat to humanity’s way of life – the rise of robots,” says Zoe Thomas.

“For better or worse the robots are going to replace many humans in their jobs, analysts say, and the coronavirus outbreak is speeding up the process.

‘People usually say they want a human element to their interactions but Covid-19 has changed that,’ says Martin Ford, a futurist who has written about the ways robots will be integrated into the economy in the coming decades…

Companies large and small are expanding how they use robots to increase social distancing and reduce the number of staff that have to physically come to work. Robots are also being used to perform roles workers cannot do at home…

With health experts warning some social distancing measures may need to be in place through 2021, robot workers may be in greater demand.”

What it means to be Human

What it means to be human will be tested, as it always has, when we find ourselves in an inhumane ecosystem of shortages and exploitations. I am not suggesting a robotic dystopia depicted in the Terminator movies, though that can happen I suppose. Rather, I am wanting to contemplate this question:

How Should We Then Live?

In 1976 Francis Schaeffer released How Should We Then Live? The Rise and Decline of Western Thought and Culture. In some ways it was in response to two other books/documentaries of the day: Lord Kenneth Clark’s magnificent series Civilisation and Jacob Bronowski’s The Ascent of Man. Albert Mohler recollects:

“Bronowski’s telling of the human story and the rise of modern science was fascinating, but flatly contradicted Christian faith.

Civilisation, on the other hand, told the story of Western civilization and illustrated every epoch with his masterful explanation of painting and architecture, literature and music [devoid of the rise and role of faith in western civilization].

How Should We Then Live? was both a book and a multi-episode video project, just like Lord Clark’s Civilisation… Schaeffer was deliberately answering both Bronowski and Clark in his project… And he was telling a very different story. The subtitle of the book—The Rise and Decline of Western Thought and Culture—made that clear.”

The Collision of World-views

The intersection of Schaeffer and his contemporaries was the great collision of world-views. Schaeffer believed that our worldview inevitably determines our moral judgments and understanding of reality.

“People have presuppositions, and they will live more consistently on the basis of those presuppositions than even they themselves may realize,” Schaeffer wrote. Mohler said Schaeffer was able to see then that “the promises of personal peace and affluence were the greatest threats to a living faith. He was prophetic in criticizing the Christian church for a legacy of racism and the abuse of economic abundance. He was right when he looked to developments like Roe v. Wade and knew that something seismic had shifted in the culture, and that bigger shocks were yet to come.”

Here we are in the middle of a big shock; something many epidemiologists have been predicting for years, and yet we know Covid 19 isn’t nearly as deadly as the Spanish Flu, deadly though this may be.

The End of the World as We know It

The key words in the phrase are “as we know it” – for what we have known is contaminated with corruption, injustice, and imbalance. We have known for a long time that the world as we know it has been unsustainable.

This is more enigma than dogma

For further thinking on this theme see “Philosophy cannot resolve the question ‘How should we live?‘

4 thoughts on “End of the World as We know it?”